Miss Goodnight looks calmly back along the line of my gaze which is focussed on the beautiful skin of her throat, where my second attempt to generate the flush of passion has just failed miserably.

“I would really like to get to know you better,” she says, unconsciously running the capped end of her fountain pen over her bottom lip, as though using a lipstick. I stare, fascinated at its movement – it would be comic were it not accidental.

“You would?” I ask, realising that I have to be present to this encounter and not treat it with the shield of passive-aggressive contempt I have been cultivating.

“Yes,” says Miss Goodnight. “It might even help you …”

“How would that work?” I try not to sound cynical.

She stands up and walks around the interview room. The heels are low but nevertheless still click on the old stone surface as she comes to stand behind me. But, once again, Miss Goodnight is not doing this to taunt, she simply is this person. Grasping this, I realise that I may have to revisit my former opinion of this woman, though not my view of her relationship with Dr Grey, the nature of which I remain certain.

“And how would you getting to know me better help our situation?” I ask, changing the subject.

“Our interests could be aligned?” she says. “Don’t presume to know me and I won’t make the same mistake with you …” She leans over me from behind. The perfumed contact might be intimate, but, curiously, remains professional.

“An ageing eccentric and amateur philosopher, with delusions about the importance of ancient stones?” then she whispers. “But you’re not, are you? It goes a lot deeper than that, doesn’t it?”

This is all going too fast. I can feel the sand shifting beneath my feet; can feel my fingers slipping of the brick rim of Dr Grey’s tower, again.

“Play a game with me,” says Miss Goodnight, clicking around the front of the old table and sitting with her chin on knitted fists. “Tell me the last philosophical thought you were working on, alone in your cell?”

“Some sort of psychiatric ‘no time to think’ test?”

It’s time to lose her.

“When you’re forced to watch, most of the time – and think, of course – you can study watching. Do we have to have an observer for that ‘watching’ to take place?” I pause, watching her deadly green eyes follow this … not a flicker … “Or have we completely forgotten what the ancient priests knew well – that in the true act of seeing, we actually cast off the cell around us, with all its historic burdens, and come face to face with nature’s power, whatever our circumstances …”

Her reply, when it comes – when the soft, red lips have folded slightly and moistly against each other, while she takes care not to waste it – is surprisingly clever.

“But you’re only in here because of historic burdens?” There’s a wickedness about the eyes, she’s daring me to interpret her response as being flippant … so I say nothing; look cooly back, allowing the intelligence behind those newly respected eyes to make the next move, which she does with a genuine smile, not one that contains duplicity.

She reaches over the table and, in a gesture that I know would get her sacked, places her hand over mine. “Nobody wants this; not even Dr Grey …” her eyes narrow slightly at the mention of his name. “But it’s just digging itself in–this crazy situation!” she pulls back, realising that the use of the word ‘crazy’ is inappropriate. “We need to find a path out of this, even if it is a narrow thread that leads through darkness.”

There is a cracking sound inside my head. I was not expecting kindness – especially the sort I might not be able to count on in the future … She might just be a lot cleverer than me. Hunched across the table, still staring at where her soft hand lay over mine, I begin to sob, and the sobbing goes on and gets deeper and deeper until my whole body is shaking and I’m falling into blackness, again, and this time it’s a long fall.  The last memory of the interview room is the blurred reflection of my monotone prison pyjamas in the polished, but scratched, black surface of the bolted steel table; and thinking how poor they look in comparison with her beautiful suit … and then my head hits the resistant steel desert.

In the long falling tower there is a process; a stripping process. The tower has become the act of watching, but now, it takes on a deeper symbolism, because I am aware of every second of falling through it. There is no ‘me’ towards which I am falling, and with this, the paralysis of fear literally drops away and I begin to see my descent; though, actually that’s not true, the descent is seen – the distinction is everything – the seeing does not belong to anyone, or rather, it belongs to everyone, but most certainly not to the huddled grey figure that thought he owned the watching.

It is as though I have another set of eyes, of all the senses, that don’t need to belong to me, but see with a purity that I have never known. They see without choice, they see an infinity of potential with which engagement is a matter of will or rightness at a different level than Ben. I wonder if such engagement will break the magic, but, suddenly the image of the stone comes into view, and Ben, damn him, returns to grasp at it. We fall into a meadow of brightness, running across long, green grass by a lake towards the stone, behind which is what looks like the sun. But it’s not the sun. The sun is high in the sky. The glow around the stone envelopes it like lapping flame. As I draw closer I can see that the glow is a figure, one calling to me from the the place of the stone but which is not the stone, itself …

I reach out to take this supportive hand. The fingers glide through the space occupied by the other and suddenly there is a room, a beautiful room, with a black and white floor and the most subtle lighting. Two tall pillars, light and dark, form the backdrop of a dramatic triangle towards which I am moving, and soft, exotic fragrances fill the air. Opulence …there is opulence all around me; wealth and power. The shimmering, outstretched hand is genuine in its desire to help.

“Drink this,” says the concerned voice of Miss Goodnight, née Golding, cradling my bruised and awakening head,  and pushing a plastic cup of cold water onto my lips. “For God’s sake drink this!”

Somehow, my head is on her breast. I can feel the warmth through the expensive tailoring.

But hers was not the hand that shimmered …

<See index below for other parts of this story>

Ben’s Bit is a continuing first-person narrative of the character created by Stuart France and Sue Vincent, which may bear some relation to the author of this story, Steve Tanham, their fellow director of the Silent Eye School of Consciousness.  In the latest of their books, Scions of Albion, Ben is arrested for his overly enthusiastic part in a mad escapade, and the other two are nowhere to be seen . . .  For more, enjoy their Doomsday series of books, and the new series (Lands of Exile) beginning soon. Click here for details.

The Doomsday Series of books by Stuart France and Sue Vincent

The Silent Eye School of Consciousness – a modern mystery school. 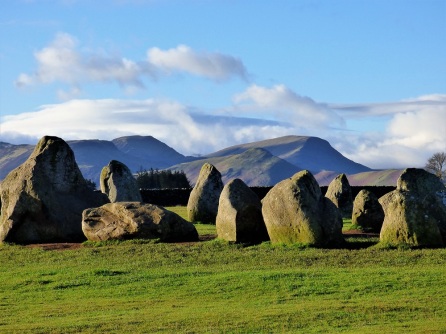 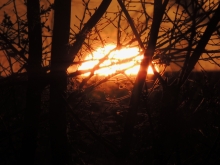 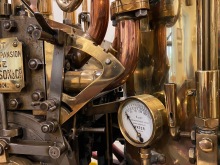 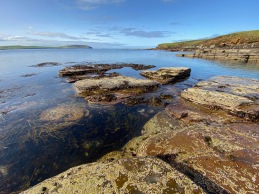 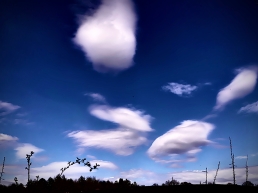 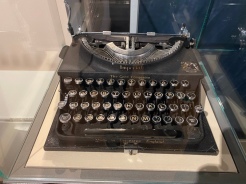 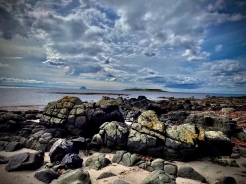 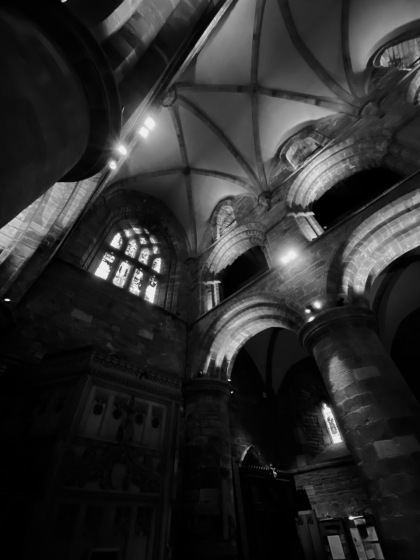 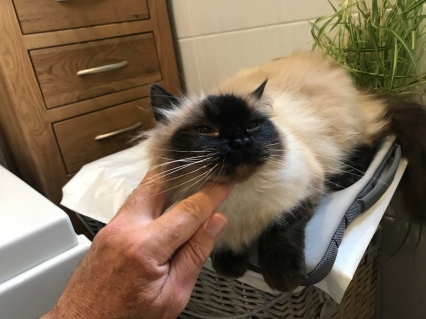 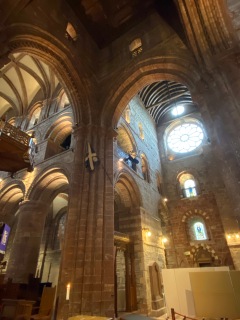 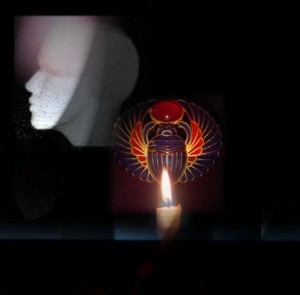 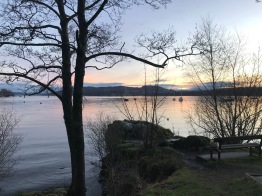 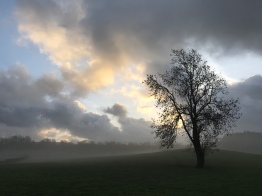 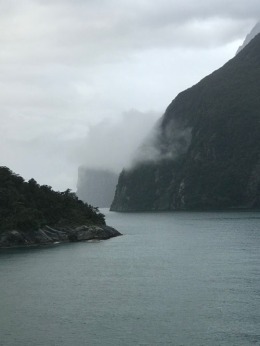 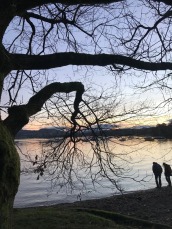 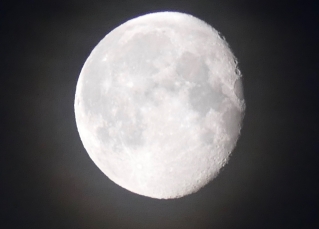 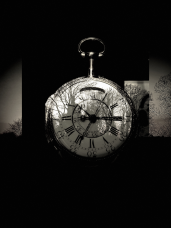 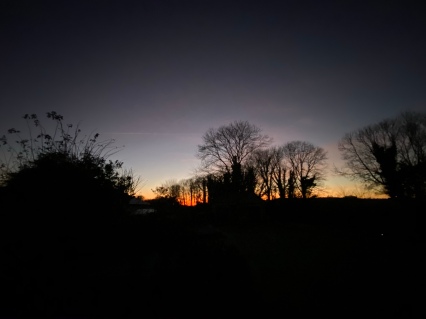 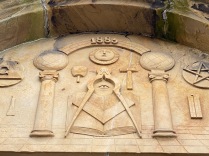 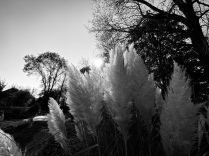