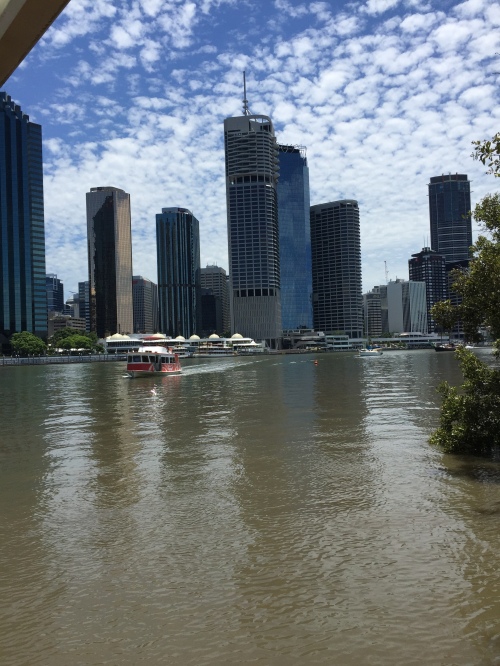 Our trip to Uluru – Ayers Rock, had been a wonderful diversion from the modern – upon which so much of Australia is based. If you imagine the lower-right quadrant of a circle, our plans placed Urulu at the centre of an arc which began at Adelaide and swung clockwise (Eastward, then North) to Melbourne, Brisbane, Hervy Bay and then on to our final destination – the 125 kilometre-long Fraser Island. 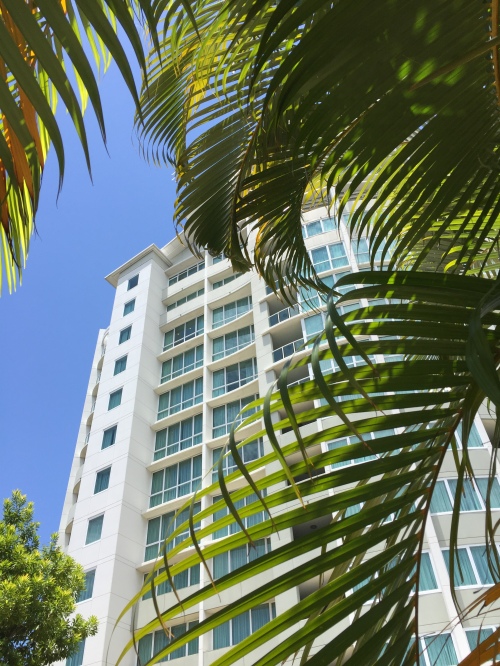 Brisbane was the next destination on our ‘experience’ tour – something Medi, our daughter-in-law, had constructed in order to give us a flavour of several different parts of Australia in the limited time we (and they) had available.

From Urulu, we had to fly back to Sydney airport to make the connection to Brisbane. For the second time in the trip we looked out of the windows on what is clearly a spectacular city without being able to visit it – we simply did not have enough time to do it justice and so resolved to save it for our next trip.

Courtesy of Virgin Australia, we landed at Brisbane Airport in the early evening. The initial journey from Urulu to Sydney had been fraught, due to the small airport not being able to cope with the number of passengers. It brought back memories of Lanzarote in the 1980s…

We were only able to have a limited stay in Brisbane. The evening was taken up with Matt and Medi meeting some old friends from the medical profession – fellow emigrés. We joined them for dinner but left them all chatting at about eleven to get some much-needed sleep. We had the following morning and part of the afternoon to get to know a little of the city.

We woke, feeling refreshed. The view from the room’s balcony was spectacular. 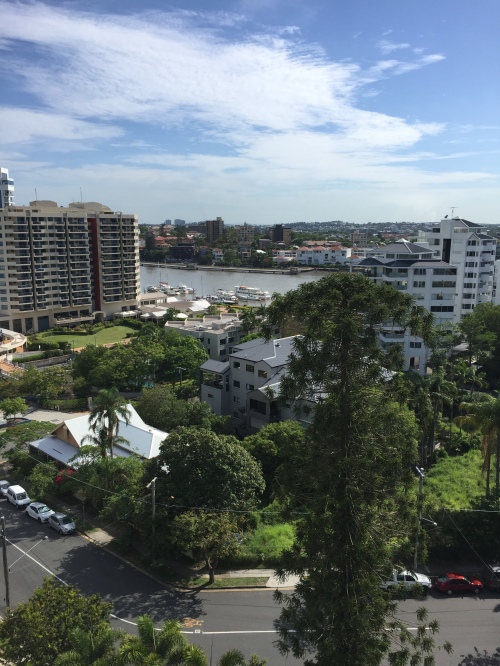 Brisbane gets its name from the former Governor of New South Wales, the region to the south of Queensland. The name was bestowed, in 1823, by John Oxley, the first European to explore the huge river system. Incredibly, it was missed by all the previous explorers, including James Cook.

Brisbane is dominated by its river, which divides the city in two, though there are many, modern bridges. The river is simply named The Brisbane River and is the longest river in Queensland – of which Brisbane is the capital city. The river ends in Moreton Bay.

We needed to plan the day, carefully. We had young Alice with us, of course, and she had been a wonderful traveller so far. We thought it would be lovely to treat her to something special. Since we only had the day, we decided to take one of the many (free) boats down the river to a part of the riverbank which had an artificial ‘resort’, including a sandy beach, flowing waterways and fountains! Although we only saw this one resort, apparently Brisbane has many. Combined with the glorious sunshine, they are irresistible.

We had a light lunch in the lively district just behind the South Bank resort area, then gave Alice her treat. 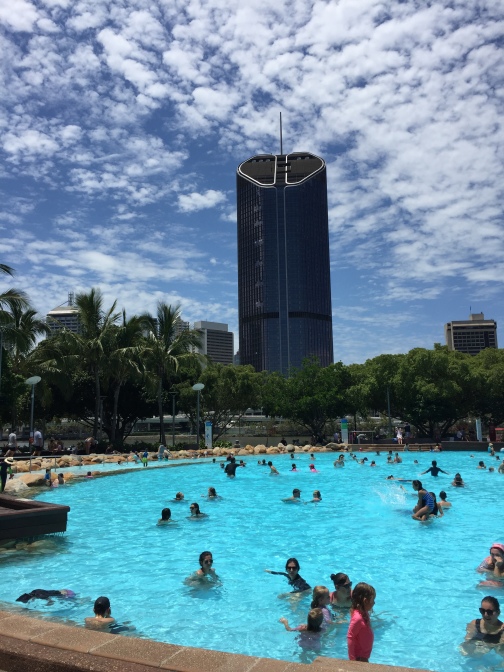 We don’t get the weather in England, but I could just imagine the joy of Londoners if we had anything comparable…

Shortly thereafter, we had to leave to catch one of the water-buses, get back to our hotel and load our eight pieces of luggage (five of which are Alice-facing) into one of many oversized taxis we took on our varied travels.

Brisbane is a beautiful and confident city. I only wish I could write in more depth about it. Perhaps next time? 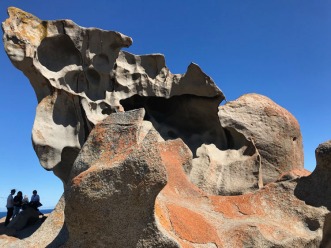 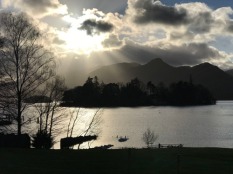 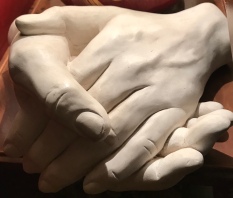 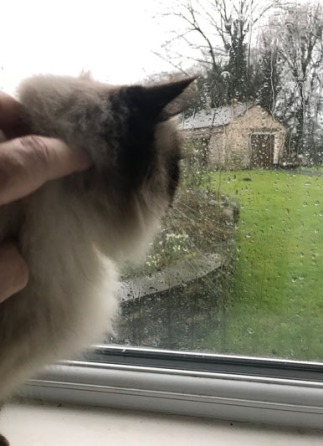 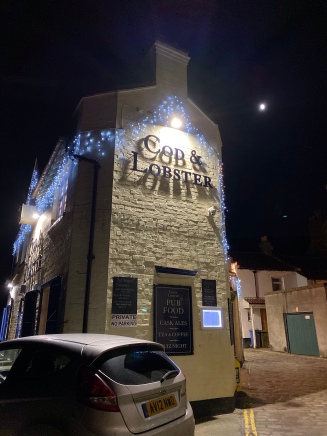