For the next few hours we were as if transported.
We went nowhere, bodily, yet the vistas contained in that little book.
And yet it was little more and in some respects much less even than a book.
The twenty or so pages held within its gold plated covers were unnumbered and loose leafed and were exquisitely hand drawn, written and coloured on the finest parchment.
There was no way of telling the order in which they were supposed to be read.
Our studies helped with some of it if only to render us a foot-hold.
We recognised a number of the lists and had previously come across broadly similar ideas.
For example it had recently been posited in one of our meetings that some of the… 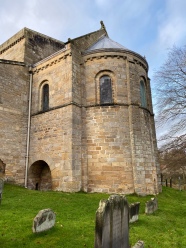